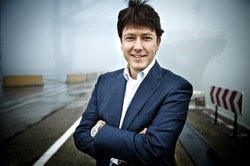 Paul Jacob Bins (1971) has been serving as Chairman of the Green Gold Label Foundation since 2016.

Mr. Bins is a seasoned leader of business in the fields of maritime and offshore services, logistics and supply chains. His 20+ year track record includes delivering performance turnarounds, innovating service offerings and launching new solutions. He has done so in different geographies in North-Africa and Western Europe, leading teams across different cultures and in different languages. He is a Dutch national, married with 2 daughters.

Over the last years and as an entrepreneur, Mr. Bins has successfully founded multiple businesses contributing to the transition from old hydrocarbon-based to renewable energy sources and lower, less-carbon consumption.

Amongst others he has thus founded:

Prior, he has worked as a management-consultant for McKinsey & Company for 9 years, and as a leader of various ports-related and logistics business units of the AP Møller-Mærsk Group and Euroports for 10 years. 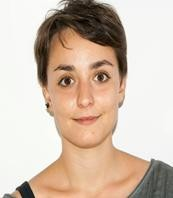 Miss Capurso is an expert in Sustainable Forest Management with a Master degree from Wageningen University (NL). She has academic and practical experience in sustainable entrepreneurship which aims to make business environmentally sustainable and socially fair. She has gained extensive knowledge with regard to requirements for sustainable biomass sourcing in accordance to the European and the Dutch Standards, as the EUTR and the SDE+. Thanks to her passion for the sustainable use of natural resources she can now translate her knowledge into concrete actions for the improvement of the GGL standard and to positively influence the renewable energy market.

Prior, she has supported clients in developing new businesses or in upgrading existing ones, making use of the Circular thinking approach and the triple-layered Canvas model. 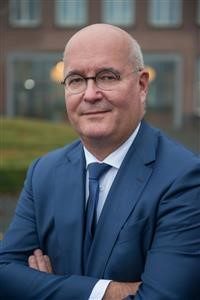 Peter-Paul is the Head of Environment, New Energy, Regulatory Affairs and Stakeholder Management at RWE, and has been responsible for the company’s bio-based economy project since 2010.

Prior to that Peter-Paul spent over ten years as Vice-President Biofuels & Development within Essent Trading International SA in Geneva, with responsibility for sourcing, trading and the development of biomass materials (solids and liquids) for electricity production on a global scale. Peter-Paul holds a number of positions on bodies leading on biomass and sustainability and is currently a Director of TKI Bio-based Economy in the Netherlands, a consortium for knowledge and innovation directed at the production of bio-based innovation across the entire biomass value chain. Peter-Paul has a legal and business administration background. 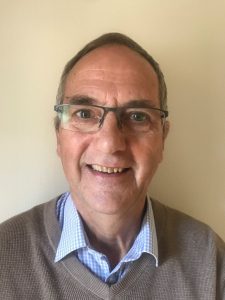 Kees Boon (67) received his forestry training in Arnhem on the HBCS in 1970-1974. In his working life he served in Surinam, Indonesia and Netherlands and travelled in several countries. In Surinam he started his career with the National Forest Service on a reforestation project in the interior tropical rainforest. In the Netherlands he was involved in the design, planting and management of the forests in the newly developed polders in the Lake Ijsselmeer. On the Indonesian island Java he acted as forest specialist in a combined Indonesian-Dutch team for a rural development project aiming a reducing impact of the local population on the remaining mountainous forest to prevent further erosion. After having served the marketing and round wood sales dept. of the Dutch national Forest Service he stepped over to the private sector in 1992 in the capacity of chairman of 2 branch organizations. One representing entrepreneurs in round wood trade and the other representing entrepreneurs in the wood preservation industry. In 2008 he established the sustainable forest management certification scheme PEFC in the Netherlands. Kees has a good understanding of the policy making on national and EU level and has a good understanding of forestry practices in various countries. 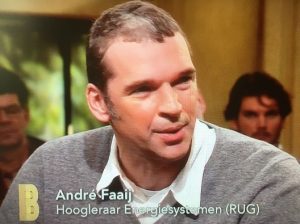 André Faaij is appointed as Director of Science of ECN part of TNO, the largest energy research organisation of the Netherlands (Energy Research Centre of the Netherlands and the energy division of TNO the Netherlands Organisation for applied scientific research). He focuses on strategy, large research initiatives and collaboration with academia. He combines this position with a part time chair as Distinguished Professor Energy System Analysis at the University of Groningen (RUG).

Prior to this position he was Chief Scientist of the New Energy Coalition (including the Energy Academy Europe), Distinguished Professor at RUG and until 2014, he was appointed as Professor and scientific director of the Copernicus Institute for Sustainable Development of Utrecht University. He worked and works as an advisor for governments, the EC, IEA, the UN system, GEF, OECD, WEF, WEC, the energy sector & industry and NGO’s. He contributed to various IPCC reports, the World and Global Energy Assessment and IEA’s World Energy Outlook. Furthermore, he was appointed Young Global Leader by the World Economic Forum, awarded the Linneborn Prize for outstanding contributions to the development of energy from biomass and as one of many scientists of the IPCC; he was jointly awarded the Nobel Peace Prize. He published over 600 titles in scientific journals, reports, books and proceedings, qualifies as ‘highly cited researcher’ (top 1% of research field) by criteria of Thomson Reuters ISI Web of Science and is frequently lecturing across the globe. 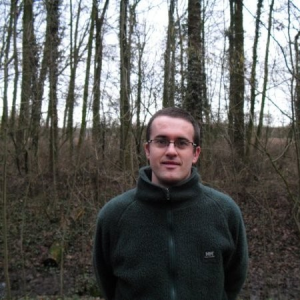 Jeroen C. Oorschot has an academic background in Forestry. He fisrt obtained his bachelor degree at the Larenstein Hogeschool in Velp (1999) and his Master in Sustainable Forestry and Land use at the University of Freiburg (2003-2006). In between he had his first experience as forest consultant in the Gelderland area. In Freiburg he also worked as a research assistant at the Freiburger University Institute Forstbenutzung & Forstliche Arbeitswissenschaft on topics as sustainable sourcing of biomass. Back in the Netherlands, he worked temporarily at the Plant Protection Service (now NVWA), after which he joined Borgman Beheer Advies in Wageningen (2007), as project manager. Jeroen is a senior advisor on matters such as forest management, forest exploitation, tree safety, forest and timber certification and legislation. On behalf of Borgman Beheer Advies he was a long-term member of the Bioenergy Cluster East Netherlands and with his colleagues he co-founded biomass initiatives such as the Coöperatie Biomassalland and Energiebos.nl. Since 2010 he is also a trained lead auditor (ISO).

Frida van der Veen has an academic background in Forestry and International timber trade and she works as a consultant on certification issues since 2003. By working with companies and organisations on all levels of the commercial value chain of wood products she gained a broad understanding of the forest sector and wood industry, including the legal framework in which those organisations are operating. She has practical experiences in Europe, Africa and, Central and South America. In addition she works as a chain of custody auditor for forestry assessment schemes since 2008.